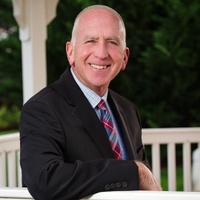 He has been an Agent and General Agent with American National for 38 years and a Registered Representative with American Portfolios, now Advisor Group, for 21 years.

Jack holds professional memberships with the National Association of Financial Advisors, the Society of Financial Services Professionals, Million Dollar Round Table, and Kingdom Advisors to name a few.

Jack is actively involved with his church where he currently serves as a deacon. He is married to Lisa. Between them, they have eight children and eight grandchildren. Jack enjoys hiking the area’s walking trails with his wife.