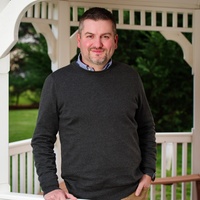 Dave Weiss, Jr jokes that he’s been in the insurance business since he was 5 years old because his father Dave Sr used to bring him along to appointments as a child. However, Dave Jr “officially” started with Dempsey, Weiss & Associates in September of 1999.

During his tenure, he has served as the Chairman of the Eastern Senior Agent group for the Northeast and Great Atlantic Regions of American National, has qualified for 16 President’s Clubs, and is a proud qualifying member of the Million Dollar Round Table.

Dave Jr and his team deliver dedication, professionalism, and care to every matter their clients come across, whether big or small.

When not meeting with his clients Dave Jr enjoys playing golf, coaching soccer, being on a beach, or taking in a sporting event. Dave Jr has been married to his wife, Theresa since August 2002 and has 3 children with one currently attending the University of South Carolina.