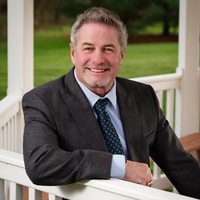 Dave Weiss is a general partner of Dempsey, Weiss & Associates. DWA was established in 1989 and focuses on the insurance and financial needs of small business owners.

Dave earned his LUTCF designation in 1996, his CLU in 2002, and his ChFC in 2005. He has won several industry awards and is a Qualifying Top of the Table and Life Member of the Million Dollar Round Table. MDRT membership is reserved for the top 2% of life insurance and financial planners in the world. Dave has won the NSAA, NQA, and Multiline Sales Awards several times. In 2022 he was inducted into Marquis Who's Who.

Dave has been an agent with Farm Family/American National for over 40 years and has been assisting his clients with their investment planning since 1998.

Dave resides in Mullica Hill, NJ with his fiancée Robyn and has 2 sons in the business with him.